When opening a package of sliced bread, a smell of alcohol is very often perceived. This results from the treatment of bread slices with ethyl alcohol:  the treatment is only superficial and normally evaporates when the bag is open or when the bread slices are toasted. In agreement with the Italian law (decreto 13 luglio 1998, n. 312), the maximum content of ethyl alcohol should not exceed 2% of the dry product weight. 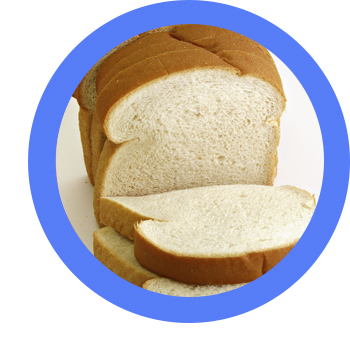 In Italy the use of ethyl alcohol for pre-packaged special breads is adopted in place of propionic acid and its salts, used as preservatives (named E280-283) in the food industry, due to their antimicrobial action directed to molds and rope bacteria but with almost no effect on yeast. Since a prolonged consumption of propionates may lead to various side effects, an alternative method was chosen to control mold growth using alcohol, allowing an increase of the mold free shelf-life of bread. It is noteworthy that ethanol is naturally produced by yeasts during baking.

Alfatestlab provides sensory analysis by electronic nose for the characterization of food products. This approach allows not only to detect and measure the amount of ethanol, but also to compare the amount of all volatile components and determine which typical volatile compound is discriminant in the food smell.

Case study: comparison of four brands of pre-packaged bread and a bakery product.

In this study four well-known brands of pre-packaged bread (named A, B, C and D) and a bakery product (named E) were compared. To detect the amount of ethanol (expressed as % ethanol wt/dry wt) we firstly acquired a calibration curve for each chromatographic column, reported in Figure 1 (the e-nose is equipped with two columns, MXT-5 and MXT-1701, of different polarities). 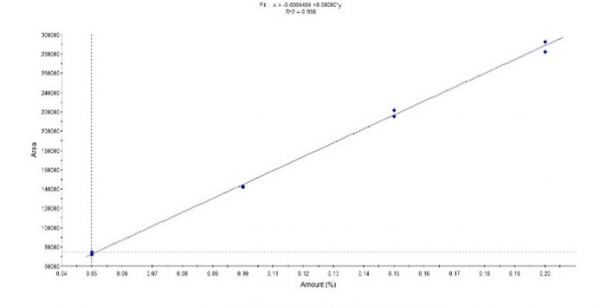 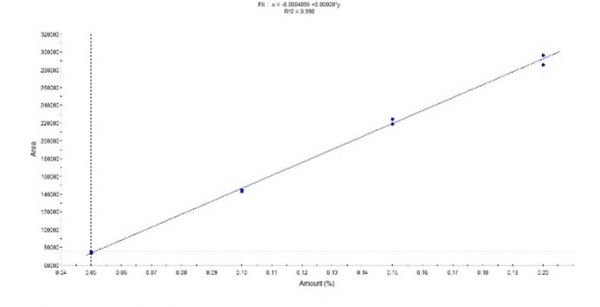 Subsequently we proceed to the e-nose analysis of the five samples: the measurement confirmed that the ethanol content was below 2% wt/dry wt for all 4 pre-packaged samples and that the bakery product was not subjected to any alcohol treatment (Table 1).

Interesting results were obtained from the comparison of the other detected volatile compounds, characteristic of these samples.

The software AlphaSoft can provide an “odor map” as result of a Principal Component Analysis (PCA), shown in Figure 2. Both x- and y-axis express the variability of the samples: PC1 (x-axis) represents the higher variability, PC2 (y-axis) the second higher variability; closer the samples the less differences between them. In this specific example, almost the whole variability is shown on the x-axis: the profile of the volatile compounds of pre-packaged samples A, C and D are remarkably similar while sample B is slightly different and a little closer to the bakery product E.

The most discriminant compounds typical of these samples have been identified using a specific database (AroChemBase) and the result is reported in Figure 3 and 4. 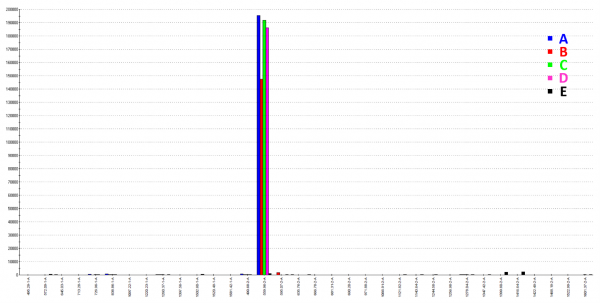 Figure 3 – Histogram of the most discriminant volatile compounds of four pre-packaged breads (A-D) and a bakery bread (E).

Figure 4 – Histogram of the most discriminant volatile compounds of four pre-packaged breads (A-D) and a bakery bread (E), without the peak ascribable to ethanol.

As clearly shown in Figure 3, the most discriminant component, prevalent in the pre-packaged breads, is the peak 559.96-2-A: this peak is normally identified as ethanol, but it could also be ascribed to compounds such as 2-methylpentane and 1,1-dichloroethene, possible components of the plastic packages.

As suggested from the PCA, sample B slightly differs from the other pre-packaged breads: Figure 4 shows clearly the peak 595.07-2-A, that could be ascribed to propan-2-one.

Compounds that mostly identify the bakery product E are peaks 1399.60-2-A and 1416.64-2-A. They could be ascribed to citral, present in several natural oils, and to alpha-terpinen-7-al. Both are used as flavoring agents or adjuvants.

This study shows the potential of sensory analysis by electronic nose and demonstrated that it is an efficient tool to evaluate the olfactive quality of food products, both from a quantitative and a qualitative point of view.

Feel free to contact us to discuss your sensory analysis needs, extensively useful in the food industry but also for packaging and cosmetics industries.